The San Angelo Independent School District has been promised a complaint with the U.S. Department of Justice by a group of local citizens if the board of trustees does not approve a redistricting plan that creates a second Hispanic voting district.

“We are prepared to go the distance with it, if it means three months or three years,” Jessie Martinez told trustees at a public hearing Tuesday.

Martinez and four others — Elma Jacques, J.B. Hall, Robert Pace and Daniel Cardenas — pledge that they will file an administrative complaint on behalf of the Hispanic and African-American communities, LULAC and the NAACP.

Rolando Rios, lawyer and demographer who drew three possible maps in accordance with the 2000 census, presented the proposals — including a new 6-1 plan — to the board and a packed room.

The 6-1 plan has six single-member districts and one at-large seat. Like the 7-0 plan, it would create a second Hispanic district. Rios explained that some people feel one at-large seat allows a person with a community-wide perspective to be elected.

“Every person can look to two board members for responsiveness,” Rios said.

Former city councilman Pete Micale was the only person who spoke in favor of keeping the 5-2 plan. Micale said the 7-0 plan would only divide the communities they are meant to empower.

“If you go with the 7-0 plan, you will retrograde and plant the seeds of separation,” he said, explaining that it would create “psychological barriers” in San Angelo.

“We are Americans, not ‘hyphen Americans,’ ” Micale said, explaining that he does not favor the terms that showcase a person’s ethnic descent, such as “Irish-American” or “African-American.”

The 7-0 plan would create seven single-member districts. Both the 7-0 and 6-1 plans take Glenmore and Belaire elementary schools out of District 5 and put them in minority districts.

Martinez said the 6-1 plan “could be acceptable.”

Hall, however, said even one at-large seat would keep a minority citizen from being elected. “I hope we can put single-member districts to rest for the betterment of the whole community,” he said.

Robert Pace spoke passionately in favor of changing the current plan, claiming that “people elected on a citywide basis have not been in contact with the black community.”

Pace did thank trustees Joe Munoz, Don Vardeman and Prissy Griffis for being accessible and added that board president Julia Stout is “sometimes” available.

Henry Watley asked the board members to “let your conscience be your guide.”

“The board does not represent San Angelo,” Watley said.

City Councilman Joe Holguin brought up the fact that the more than 40 percent of the students in the SAISD are Hispanic, but the board has only one Hispanic member.

Holguin said two minority districts are “not even close to fair, but it’s close to a better representation.”

The board will likely adopt a plan at its second public hearing, scheduled for 5 p.m. on Jan. 31. 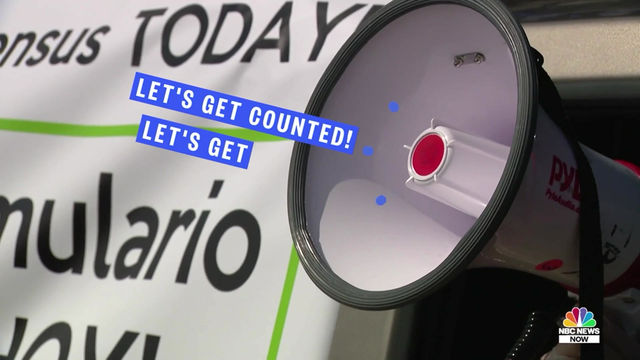 NBC News: Inside the fight to get counted in the 2020 Census

Accuracy of the 1990 Census and Undercount Adjustments

2000 US Census Monitoring Board

Feds Take $4.5 Billion Worth of Private Property From Americans in 2014

Changing The Face of Texas Politics